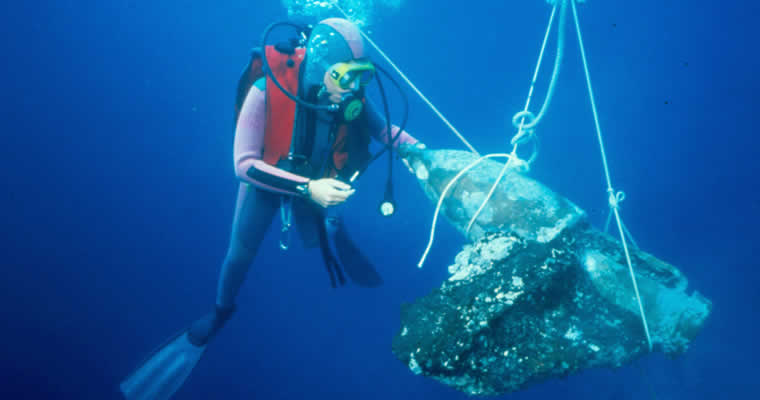 The Romans used to criss-cross the coast along Saint-Raphaël, and like the Greeks before them their ships were loaded with cargo which might have included ceramics, grains, meat and fish, wine, oil, and construction materials. The ships would follow courses along the coast that were riddled with reefs that caused them to wreck.

In the Dramont alone, more than 10 shipwrecks have been surveyed in the past few years. To distinguish among them, archaeologists have identified them using letters: Dramont A, B, C, up to the letter J.

The shoal of the Chrétienne is indicated by a South cardinal mark in the water off the coast. It is the sanctuary of more than thirteen archaeological sites. 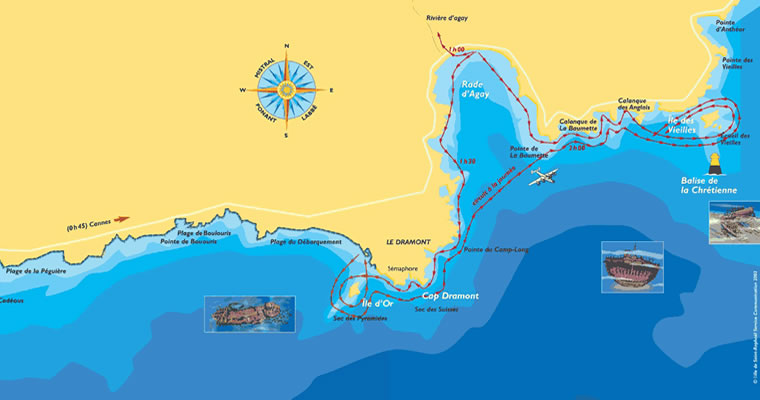 Some of the remains that have been excavated are exhibited at the archaeological museum, which displays amphorae, cannons from the 18th century, and the first diving suits that were used to explore the ship wrecks.