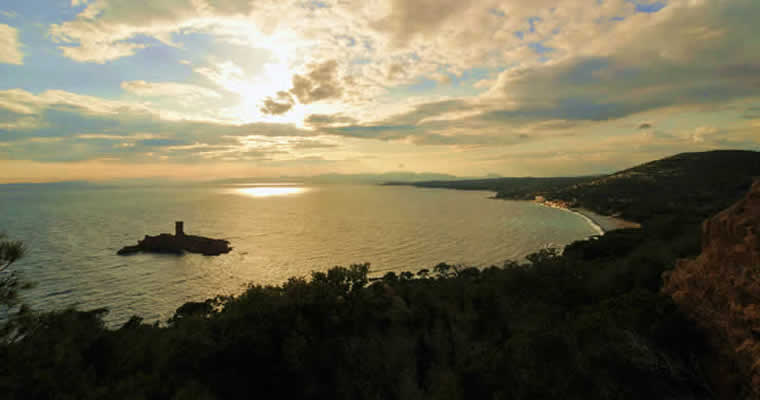 L'Île d'Or and the Cap Dramont

Until the 19th century, L’Ile d’Or was just a small rocky island like many others along the coast in the region. It was only in 1897 that its extraordinary destiny started.

In 1897, an architect of the Dramont, by the name of Sergent, bought it for only 280 francs (a Peugeot car was twenty times more expensive!). A few years later, it changed owner and the Doctor Auguste Lutaud acquired it, perhaps in a card game!

He declared himself “August the 1st”, sovereign of the island. He had the red rock tower built according to the unusual Sarasin architecture (in the region, architects used to favour the architecture of Genoa with a round base).

The Cap Dramont is part of the Estérel National Forest. At the summit of the Cap Dramont, a semaphore was built in 1860 on the ruins of a watchtower dating back to 1562. It is still used as an observation post.The main beach in the Dramont was one of the most important ones during the landing in Provence. 20,000 GI’s from the 36th Infantry Division from Texas disembarked on August 15th 1944. At the foot of the cape you can see the very picturesque port of Poussaï. 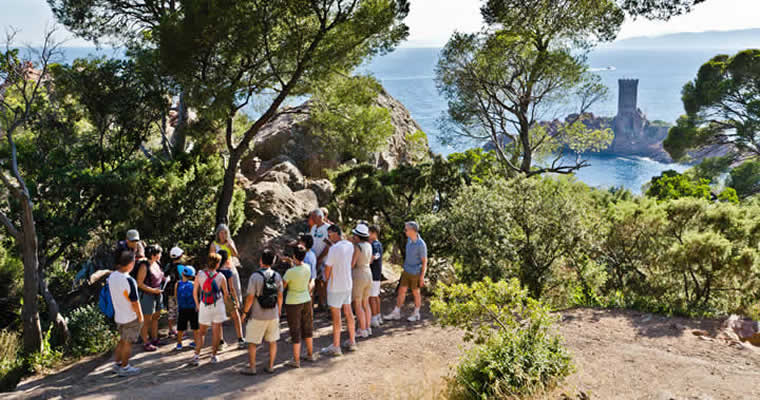 Did you know ? The Cap Dramont
Many people feel that Hergé (the creator of Tintin) was inspired by the Ile d’Or as a model for The Black Island, in the 7th issue of the adventures of the young reporter.