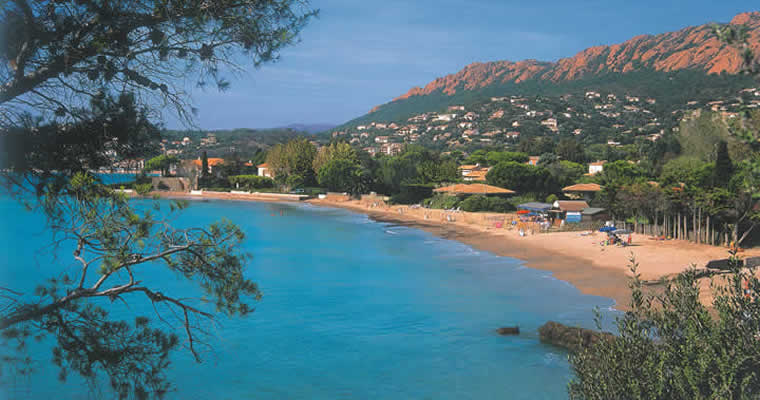 Sheltered by the Cap Dramont on one side and the headland of the Baumette on the other side, Agay Harbour is a gateway to the Estérel.

Its positioning makes it favoured among sailors and in fact, agay means “favorable” in Greek. The port of Agay has 166 berths. There you can also enjoy 3 sandy beaches, as well as the summit of the Rastel with its red rock formation overlooking the bay offers a splendid view.

After the arrival of the rail road, Agay quickly developed and attracted numerous artists: Louis Valtat, Vincent d’Indy, Maupassant, Maurice Donnay and Saint-Exupéry. In his memory a fountain has been named after his world-famous book: Fontaine pour le petit prince.