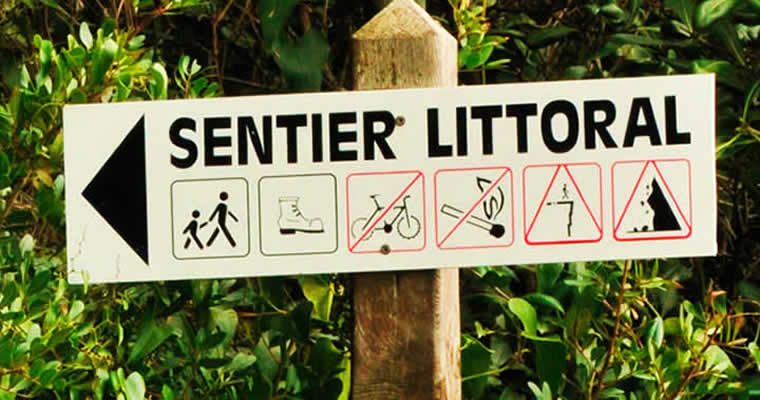 Starting from Santa Lucia to Agay, the coastal path covers the same itinerary as the one customs officers used to follow. As you walk along, you will discover our pristine coast between rocky coves and sandy beaches.

Length : 4.5 hours - 11km (one-way)
Departure point: Santa Lucia Marina
How to get there : by car, take the coastal road towards Agay and park in the Santa Lucia marina car park. Go to the boatyard at the eastern-most end of the marina: a wooden sign signals the start of the coastal path.

Itinerary : Take the path (yellow markings). The path runs between the sea and the beautiful late 19th century villa gardens. After 6km leave Pierre Blave beach and go onto the road for 700m until you reach the Plage du Débarquement beach where you can get back onto the coastal path. The walk ends at Pourrousset beach.

You can return by public transport (bus number 8 or 5 or TER train 03).

Did you know about the remnants of volcanic activity?
If you want to discover signs of the Earth’s fury, the Tourist Office recommends 3 stops : 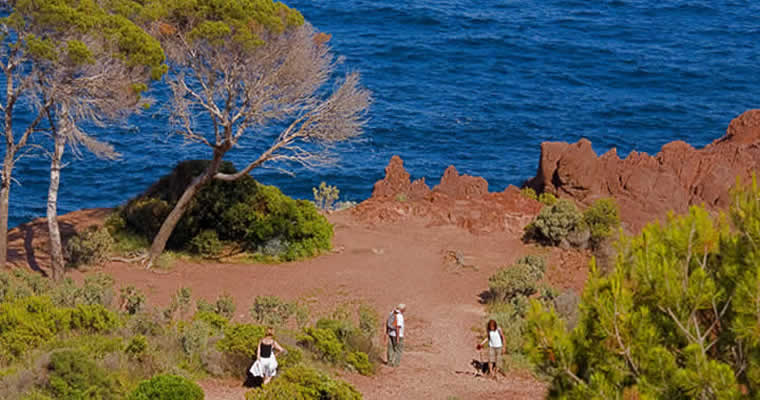